So I posted a response to an article on Medium titled Making Money Trustworthy - Bitcoin Explained which wasn't a particularly outrageous article and had a lot of good content in it, but it was lacking an understanding of what trust even is and it didn't particularly try too hard to dig deep into why Homo Sapiens in the 21st century even inherently trust without questioning the value of currency.

So I responded with a titled post The real reason bank currency is trustworthy and crypto currency cannot be (yet) which might not be direct enough...

Here I plan to reorganise that mess of thoughts I had left on Medium, into something more informative and provide some backup posts others have posted so I don't come across as a mad man (there are others like me that distrusts Bitcoin I swear!).

Agree, but this is mostly technical jargon and the only useful part to people with short attention spans is where it says Public. 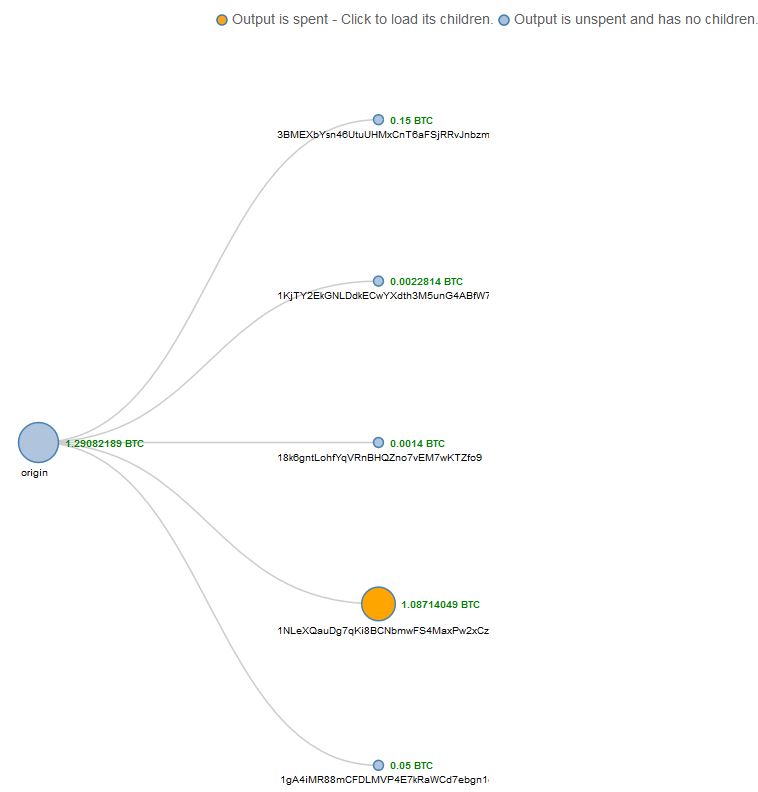 And if you click to follow the link in that visualisation you'll see data of when the transaction took place, of what fee's were taken, the BTC that was exchanged, and a lot of other pseudonymous info (technical info) that is quite useless to the average person.

So being Public really only helps people who understand the blockchain or offer a service to those that don't (where that service is currently missing in the ecosystem, things like legal or personal financial/tax services).

Authority is decentralised (a lie?)

This is a term thrown around as a matter-of-fact and nobody ever explains it well. The author I responded to wrote this phrase in part 1 and did not bother to explain it or even compare this statement to how it is not centralised! But somehow feels it appropriate to write in the conclusion

We’ve learned that Bitcoin is a decentralised currency

Did you? I doubt you learned it, rather you read it somewhere and matter-of-fact stated it in your post without demonstrating understanding of what decentralised means in more then 2 words.

There was a great post that appeared in Hacker News recently titled Stop. Calling. Bitcoin. Decentralized. which not only demonstrates understanding of what decentralised means it also describes with proof of how Bitcoin is not decentralised even if it was intended to be. I could not have described better how Proof of Work is essentially broken.

A lot of this discussion about decentralisation is actually due to the flaw in Proof of Work can hack the Consensus Mechanisms in blockchain.

You can read an awesome post titled Review of blockchain consensus mechanisms which is explained in simple terms of a deep dive into the topic.

Basically, If Proof of Work was suddenly not considered a Consensus Mechanism and we stick to one of the 2 versions of Proof of Stake (LPoS and DPoS) then perhaps decentralisation won't be a lie any more. Time will tell.

How does currency have value?

The simple answer is; when people use it to trade for items like food, cars, houses.

Last month (Nov 2017) Australia saw a person offering to sell their Home in exchange for bitcoin, the most common known crypto currency.

What an economist will tell you about the value of currency is that people deem it valuable when they can use it to trade for an item they deem as valuable as the currency used to complete the trade but just as importantly there is a consensus with the recipient of the currency, that they also deem that the same currency can later be used to exchange for an equal or more valuable item. This trade should occur with consensus, as in neither party needs to justify value or convince the other because that will define bartering which is not how currency works.

Since value is consensus there is inherent trust that must exist.

How is currency trustworthy?

I don’t know, because the banks say it’s safe

The government … words … so I trust it

It’s no shock that most people have such answers because who has ever questioned currency in our lifetime? or our grand parents lifetime?

If you’ve worked in enterprise, information, or cybersecurity and have an idea about how trust works it’s pretty much immediately obvious that trust in such fields applies to economics and even human relationships for that matter.

Trust is when you don’t fear getting screwed

Governance and Process protect normal people, so you don’t even need to think about anything that you fear in regards to your currency being lost, stolen, lose value, all the bad things.

This is why you can't answer why you trust bank currency, because the system WORKS to maintain that trust and it does so without you ever knowing or not ever knowing you don't know for that matter!

Now these are more controls then just governance and processes which are for protection of threats that are known. Bad people always find ways to do bad things and that’s where law and due process mostly help to compensate you when shit happens. You’ll probably get compensated if this due process works out in your favor.

Insurance steps in here too, to remedy some other bad situations.

So why precisely do we trust currency?

Because of all these protections, that have existed all our lives, our currency has continued to be traded and no one has screwed us out of our money. They may try but we except this unlikely risk, this low risk, and we are satisfied knowing we have a chance of getting back what we lost in value if these protections don’t fail us, we inherently trust currency.

Beside the fact cryptocurrency is the choice of money launderers and criminals generally, and if we are ignoring all cryptocurrencies portray the concise definition of a pyramid scheme; something designed to screw the people who invest so the ones at the top benefit.

Being ignorant to these, can you honestly say crypto currency has earned your trust? Do you simply trust it because you give away your trust so freely? Maybe until you get screwed then you’ll withdraw your trust?

That’s fair I guess, but only makes sense when you have no fear and being fearless is like being ignorant.

Ok maybe cryptocurrency is trustworthy because what isn’t trust by definition if the majority agree? So I’ll try to educate to remove any ignorance and reveal the fear.

How about we compare cryptocurrency to something we do trust, actual bank currency, does it resemble any of the trustworthy traits listed above?

In 2017 we saw the second largest cryptocurrency ETH release a software bug that wiped out millions of transactions by the time it was resolved. That’s like the bank claiming they lost all credits and debits from 5 days ago including your pay and the chairman of the board’s yacht purchase and they claim they have no way to recover any transaction so they’ll just go on pretending nothing happened. You have a full pay check missing and the chairman has a yacht proof of purchase.

This puts the context of the earlier topic of the blockchain consensus mechanism into context (read above if you skipped it) in a way that makes sense, you can literally buy majority shares in anything and with cryptocurrency it is demonstratable. Literally half of who knows who (the 51%) are needed to screw you out of your currency, and they can double their money at the least, creative thinking could allow them to be a evil as imagination allows.

This consensus mechanism has happened already, there’s a lot of precedent here, and a decentralised blockchain was meant to protect us from this.

I’m going to paraphrase an ETH founder here, Charles Hoskinson once said that

Cryptocurrency is a ticking time-bomb

He goes on to explain that once regulations are set the whole cryptocurrency ecosystem will implode and the pieces left behind will learn how to start this again from scratch properly.

Let that sink in.

The founder of ETH believes we will get governance soon and knowing what he knows about how crypto currency works, it won’t survive!

So we have no governance, no laws, no protections, but we have proof of deception.

Be afraid, be very afraid.